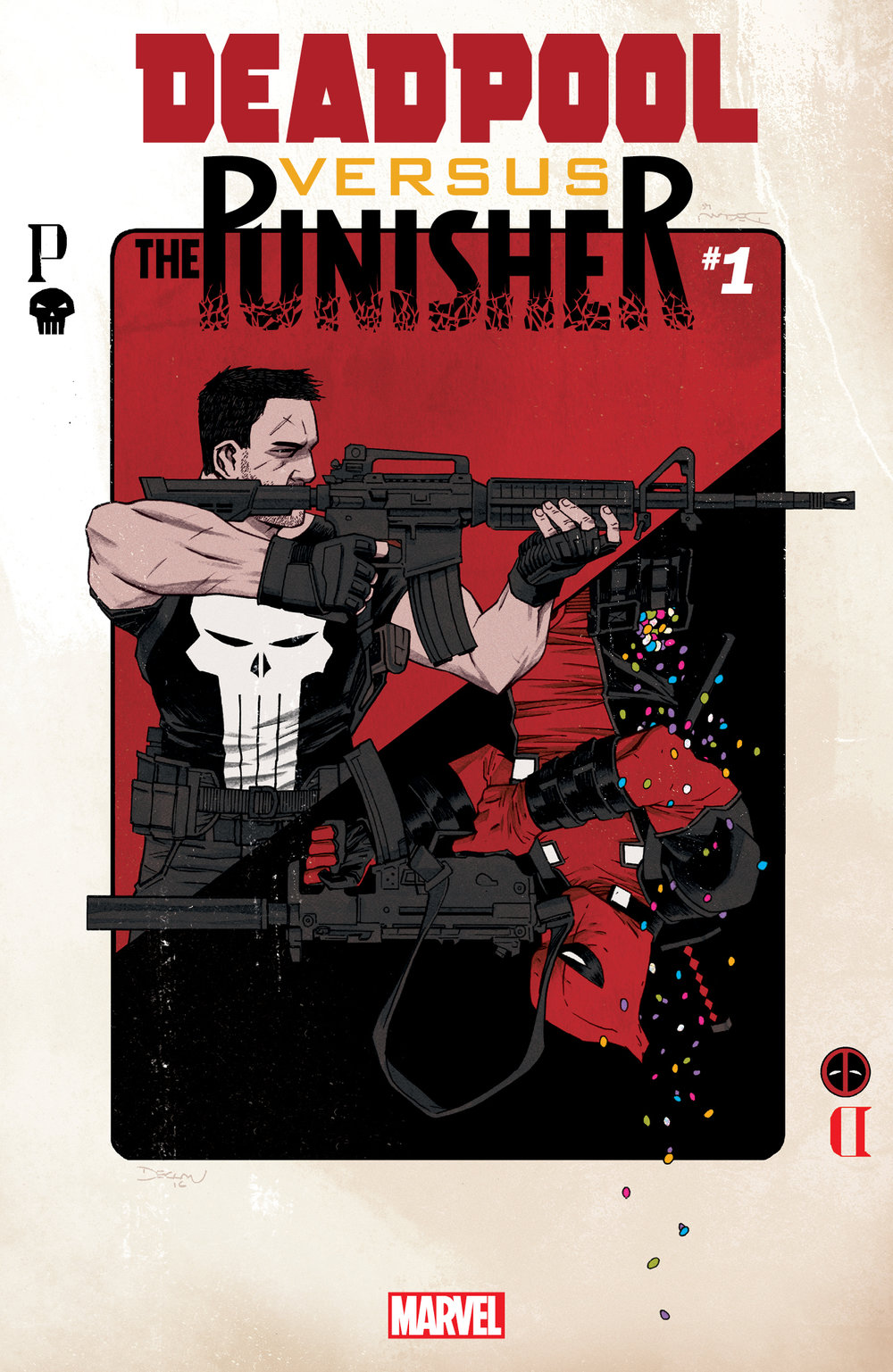 Marvel Comics has announced a new comic book series called Deadpool Vs. The Punisher, which means that we’re going to get to see these two badass vigilantes battle it out! The comic comes from writer Fred Van Lente with art by Pepe Perez.

This is an interesting match-up because they have completely different personalities. Of course they aren’t going to get along! Deadpool is a hilarious, non-stop talker, and The Punisher is completely humorless and always serious. The one thing they do have in common is that they are killing machines, so it should make for a good fight!

When talking about the series Van Lente tells Marvel:

“It’s a real peanut-butter-in-chocolate situation, and you take that compare/contrast and run with it. You put Deadpool in a gritty crime story and Frank in this kind of insane, manic world where Deadpool’s adventures take place, and you let them try and shoot their way out of it—and at each other!”

He goes on to say:

“Oh, they do not like each other, particularly from their [Thunderbolts] days on the same team together. Wade thinks Frank is a stick in the mud while Frank thinks Wade’s healing factor has made him loud, sloppy and useless.

“I mean, to me the gold standard for these kinds of “versus” comics is [Christopher] Priest and [Mark] Bright’s SPIDER-MAN VS. WOLVERINE, where the two characters have a genuine reason to go after each other; t’s not mind control, it’s not mistook-you-for-a-villain, both protagonists are each other’s antagonists for legitimate reasons the reader can relate to, and that’s where this new character The Bank comes in.”

The writer also offers more information on this new character The Bank saying:

“The Bank is a shadowy character who’s existed in the Marvel Universe for decades, but we’ve never heard of him before because he is very much off the grid—he’s as his name implies a money man, who handles offshore accounts for a variety of amoral-to-immoral characters and organizations.

“He also happens to be one of Wade Wilson’s best friends, having known Deadpool before his Weapon X days, and so when Punisher decides to bring The Bank down, he’s got to go through Deadpool to do that, and you know what? Frank doesn’t really have a problem with that, since he doesn’t like Wade all that much anyway.

“There’s a bit more to it than that, but that would get into spoiler territory, so I will leave it there for now…”

I can’t wait to see these characters go ballistic on each other!