Who Can Kill Apocalypse? 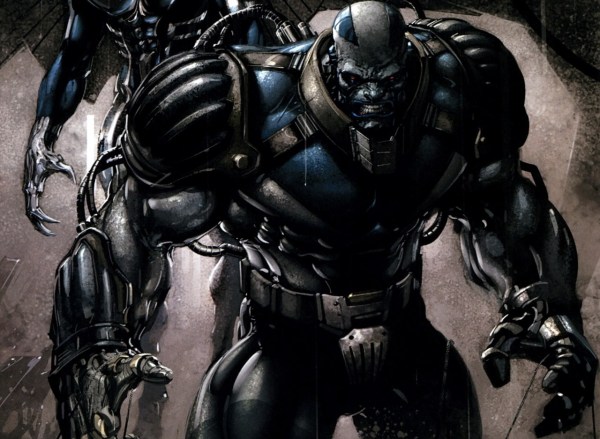 In our latest series of “Who can kill” we look at the all-powerful Apocalypse. The question is “Who can kill Apocalypse?”. The superhero movies hitting our big screens are pulling out all the stops with the god-like villains they are featuring. First we had Ultron (See who can kill Ultron), the upcoming Avengers villain Thanos (Who can kill Thanos) and Superman in Batman v. Superman (Who can kill Superman).

Today we look at who can kill Apocalypse.

For more detail on who Apocalypse is, his history and what powers he can wield check here: http://geekshizzle.com/2013/12/06/who-is-apocalypse/

Who Can Kill Apocalypse? It is not an easy question. Almost nobody have ever killed Apocalypse unless it was some alternate universe or abnormal circumstances. Yet we mention them all here…

Apocalypse made move against Cyclops and his team, X-Factor, by pitting them against a team of his own creation, the Alliance of Evil. Although he never used his Alliance again, Apocalypse soon formed the Horsemen of Apocalypse to plague humankind, when his ideas to “cull” humanity in order for the rise of mutant supremacy were beginning. He fought X-Factor again. Later, Apocalypse infected Cyclops’ son, Nathan (who would become Cable) with the techno-organic virus (which would also inadvertently create Cable’s counterpart, Stryfe, as well as ensure his own infection when he met Cable as the Traveler) but was defeated by X-Factor in final battle. Yet he was not completely dead. 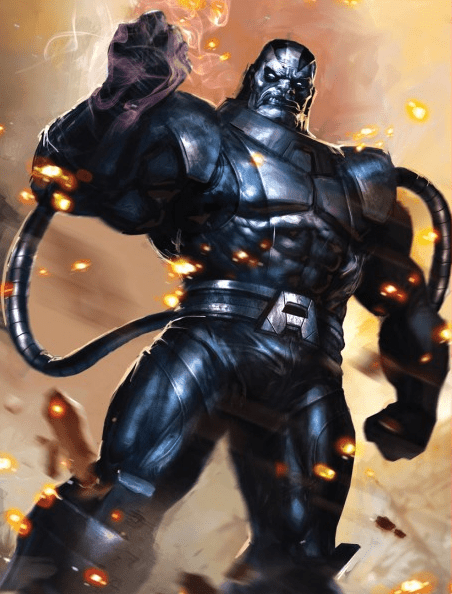 Apocalypse abandoned his Horsemen in favor of his Riders of the Storm (a.k.a. the Dark Riders) and later became the target of time-traveling Stryfe, who, as a clone of Nathan, was raised by Apocalypse in a horrific alternate future in which Apocalypse had risen to power. Eventually, Stryfe left Apocalypse withered and dying on the surface of the moon, where he was confronted by his Dark Riders and left for dead.

About the same time, Apocalypse apparently encountered and agreed to lead a faction of the Skrulls, who were investigating their own race’s mutations. Apocalypse led these Skrulls in finally assembling what Apocalypse called “the Twelve,” mutants who Apocalypse would absorb powers from, giving him god-like abilities to re-create the world in Apocalypse’s image. Many of the Twelve were members of the X-Men, and the team assembled to stop Apocalyspe. In the process of absorbing all of the Twelve’s powers into himself, Cyclops was merged with Apocalypse instead of Nate Grey, whom Apocalypse preferred. Unable to cope with the influx of power due to Cyclops’ involvement, Apocalypse rejected the power, escaping and abandoning his mission, although Cyclops’ body was seeming killed in the process.

Soon, Phoenix and Cable left the X-Men in order to focus their attention on a search for Summers, whom they believed to still be alive. They tracked Apocalypse to his birth place in Egypt, where Summers, now an amalgamation of himself and Apocalypse, fought them. Ultimately, Jean was able to physically rip Apocalypse from Summers’ body using her mental powers, and Cable destroyed Apocalypse’s essence with his own telepathic powers. However, Apocalypse did not die, but managed to regenerate in a tomb in Akkaba.

Gambit had also sought Apocalypse, hoping to be a mole for the X-Men but becoming twisted by Apocalypse instead. When Apocalypse’s power once again was at his peak, he confronted the X-Men at their mansion headquarters, which had since become a camp of refugees from the events of M-Day. Despite recruiting several refugees to his cause, Apocalypse was forced to retreat by the X-Men and the Avengers. Ultimately, it was revealed that Apocalypse had never been able to use the Celestials’ technology without their notice, and Apocalypse believed that they would soon exact their retribution. Apocalypse sought death as an escape route, but the Celestials appeared, resurrecting him in order to spirit him away for their judgement.

The son of Jean Grey and Cyclops is either Nate Grey “X-Man”, Nathan Summers (Cable’s Clone) “Stryfe” or Cable depending on the timeline and they tend to be heavily involved in stopping Apocalypse.  They are even said to be destined to defeat him.  All three possess potentially massive amounts of telekinetic power, though sometimes these powers are not available.  Cable infected with the techno organic virus typically can only access limited amounts of his potential powers.

In the Age of Apocalypse Story-line where his powers are at his peak.  Apocalypse is killed by Magneto.  Apocalypse has just been battling Nate Grey also known as X-Man an Omega Level Telepath.  Nate Grey is a different version of the hero Cable (Son of Cyclops and Jean Grey) and is extremely powerful.  The battle with Nate Grey has left Apocalypse alive but weakened.  Magneto is then able to play possum, while building up a massive magnetic surge that does this…

What do you think? Let us know in the comments below…