Season 6 of the famous Game of Thrones series is still a very long 7 months away, but this won’t stop us from speculating on what we can expect to see, and what we want to see coming April 2016. As you may know, season 5 ended on quite the shocker, and this is where the books also end which means nobody knows what to expect in season 6. Note, there’s some spoilers from season 5 below. Before we start, here’s a few things you need to know:

Here’s our list of 10 things we can expect to see in Game of Thrones season 6:

1. Welcome Back Bran and the 3 Eyed Raven

The sixth season will see the return of Bran Stark, Hodor and Meera Reed, after not appearing in the fifth season. We’ll discover what’s up with that funky talking tree up north. 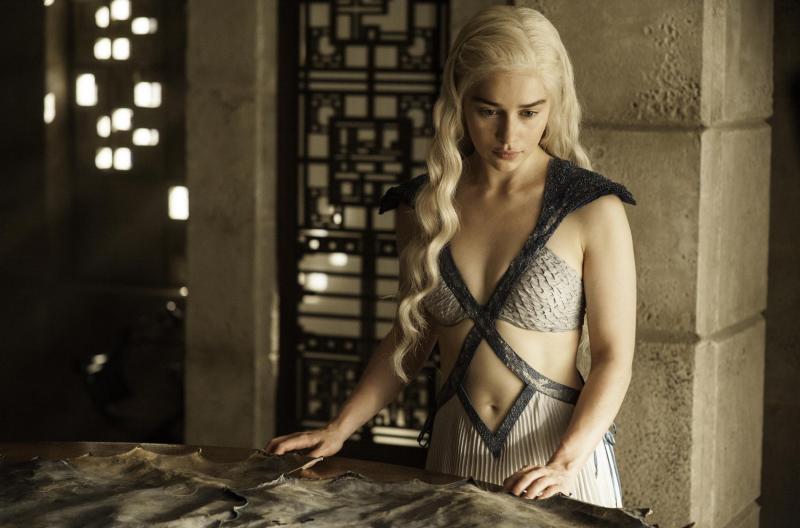 Although the actress is kicking hard against these nude/sex scenes in fear of being type-cast for such future roles (is that a bad thing?). Can we expect to see at least a body double performing these scenes. Whoop!

Yup, you read right, but unfortunately he is not coming back from the dead as a headless zombie. Rather the 13-year-old actor Sebastian Croft is on board to play a young Ned Stark. This fuels our theory about Jon Snow being “The One”. More on this later… We have an idea of at least one new character coming, thanks to a leaked audition tape that revealed another red priestess, similar to Melisandre. Talking about the hot Melisandre, be sure to check out our sexy wallpaper gallery dedicated to the actress, Carice van Houten as well as our 10 sexiest woman in Game of thrones.

Season five’s scenes in Dorne were shot in Spain, and it’s sounding like we are going to go back and go to more new locations. Variety reported earlier this month that more locations in Spain have been added for the season six production. Those locations include the Bardenas badlands in Navarre, the castles of Santa Florentina and Zafra, Almeria’s Alcazaba, Girona, and Peñiscola.

Arya’s sight has been taken from her, and now she’ll need to cope with having an entirely new and difficult challenge. At the show’s Comic-Con panel, Maisie Williams commented on how thick and uncomfortable her contacts are, but she’ll have to wear them a lot coming up. She also mentioned she would be going through “physicality training” on what it’s like to be blind, so expect for a lot about her character to be altered.

Reeks, or rather  Theon Greyjoy’s eldest brother Euron Greyjoy seems as if he will be making an appearance in the upcoming episodes. We haven’t seen much from the Greyjoy family, excepting Theon, recently, but Euron is a force to be reckoned with, a pirate who, in the books, runs the ship “Silence,” run by individuals with their tongues cut out. Pilou Asbæk has reportedly been signed on to play the popular character.

We are preparing ourselves not to expect too much here. Chances are we’re going to be left hanging until episode 9 or 10 until we discover the fate of Jon Snow. While the showrunners and Kit Harington have both said that Jon Snow is dead, Harington has been spotted heading to Belfast where the HBO drama shoots. In addition, he hasn’t been listed as a “fallen character” by HBO and  his hair is remarkably long for an actor who never loved to maintain his Game of Thrones haircut. We’re just saying…

The Hound has been rumored to make an appearance in Season 6, which is the biggest surprise of them all. There’s a strong book theory that a scene involving Meribald (A priest cast for season 6) reveals that The Hound has survived his wounds and is living out his days in anonymity as a gravedigger at a monastery. Also rumoured is another encounter with Brienne, which means she will probably make it through this season alive. Hound actor Rory McCann was spotted at a hotel in Belfast often used by HBO and Game of Thrones cast members during filming this week, according to Watchers on the Wall.

Let us know in the comments below if you think we missed anything. Excited yet?