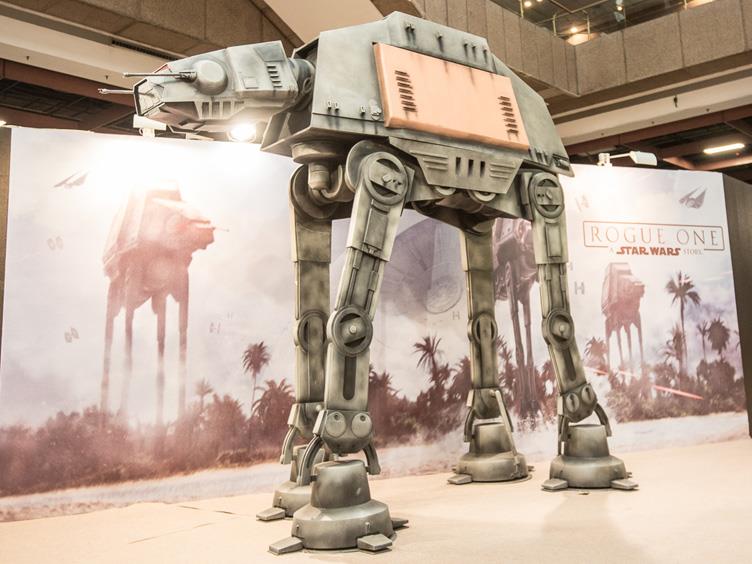 If you’re a fan of Star Wars (aka a citizen of this planet), you probably have at least a few friends who are bigger fans than you. And if you’re a collector, you probably know there’s a sense of competition when it comes to who has the best selection of memorabilia, toys, figures, posters, etc. If you’re looking to finally one-up that friend once and for all in that category, I can’t think of a better way to prove your fandom is more intense than by dropping $35,000 on this nearly 10-foot-tall AT-ACT walker that’s modeled on the vehicles that appear in this year’s Rogue One: A Star Wars Story. Beast Kingdom is accepting preorders now for an estimated 2017 delivery…and with the sheer size of this thing (the shipping weight is listed at 7308 pounds), I imagine it’ll be one hell of a delivery.

The AT-ACT (All Terrain Armored Cargo Transport) has a design height of over 20 meters and is a powerful walker used by the Imperial Forces in Rogue One: A Star Wars Story for transporting cargo. Its massive bulk and steady tread provides a very intimidating presence even from a distance. The latest addition to the Master Craft series from Beast Kingdom following the release of the U-wing, the AT-ACT has now been reduced to 1/7 scale to a height of 3 meters. The paintwork faithfully recreates the rusted, battle-worn appearance and sense of history from the movie itself. Uniquely numbered name plates also enhance its collector value for fans. The most powerful transport walker in Star Wars is now ready to take all fans by storm in 1/7 scale.