The fist thought that comes to mind when one hears the word”reboot” these days go hand in hand with images of bashing your head against the wall or walking across a wide open floor of LEGO pieces…barefoot. It’s not a pleasant one. The lack of creativity in Hollywood is so overly obvious that we almost feel it’s not even worth mentioning again here on GeekShizzle as we’ve spoken about it a lot. We’ve listed those reboots we are excited about, fear, and hate.

Then there are those that will seemingly never live long enough to see the light of day. They are stuck in the never ending loop of being developed, and being cancelled.  Deadpool was a classic example of a movie in development hell. Luckily for us it got done, and turned out to be one of the most successful superhero movies ever!

We listed our top 7 reboots in serious development trouble. These movies have seen more script rewrites and directors and writers dropped than few others. It does not necessarily indicate that the movie will be bad, it can be a good thing if this is what it takes to get the right people on board. Yet wait we must…

There is only one Crow movie and anything else is a cheap excuse to attempt to achieve what the original has. Yet this reboot of James O’Barr comic series The Crow seems to have been doomed from the very beginning. This film project has been in development for years, and it’s never been able to move into production. Actors and directors have come and gone, and now it looks like an issue with the rights to the property may kill the project entirely.

The whole issue was brought on by the bankruptcy filled by Relativity Media. According to THR, Edward R. Pressman Film Corporation, which produced the first feature film adaptation of the comic, has filed papers in court to try to deny Relativity any sequel, prequel, or remake rights to the film.

The report also reveals that Edward R. Pressman Film Corporation originally optioned the rights to Relativity in 2009, and that was extended in 2014. When it was extended, they gave the studio three years to start production on a film. Things came pretty close a few times but nothing has happened. The Hallow director Corin Hardy was most recently attached to the film and was retained with a holding deal of $150,000 to direct it after the bankruptcy.

The future of The Crow in unclear, but it’s safe to say that the new movie isn’t going to happen anytime soon. It may be a few more years before something happens with the film… if anything happens at all. A Relativity spokesperson offered the following statement:

“With Dana coming aboard, we are giving him full creative rein. We want him to be able to reboot The Crow under his vision and guidance. We are optimistic he will create the best package for such an iconic franchise.”
Yeah? I guess we’ll just have to wait and see about that, won’t we. If The Crow does actually get made after all the crap it’s gone through, it better be worth it.

At the mountains of madness 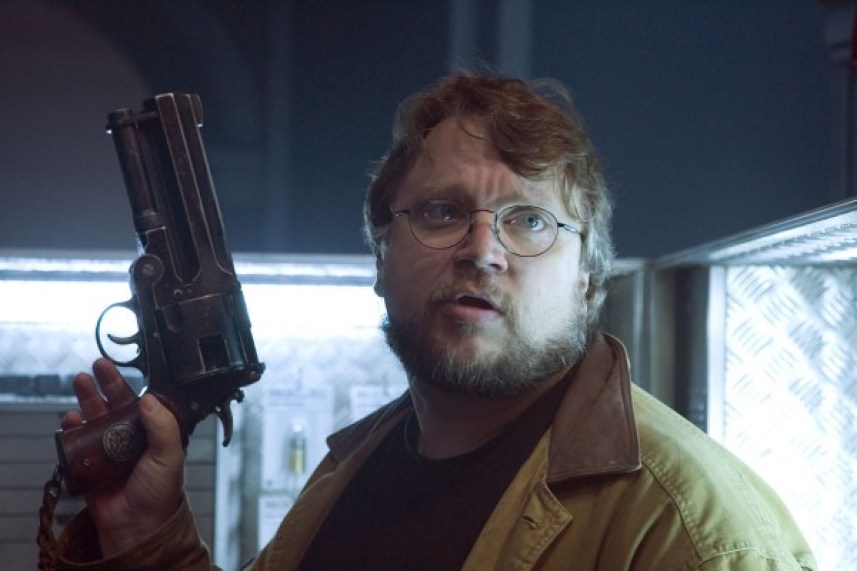 Guillermo del Toro’s dream project was gruesome horror fantasy based on some serious H.P. Lovecraft creepiness. With a $150 million budget and an R rating what could go wrong? “The ‘R’ did us in,” Del Toro told the ‘New Yorker’ when Universal pulled the plug on the project in early 2011. Never mind that Tom Cruise was firmly confirmed for a start date in mid-2011, with James Cameron on board as producer. Two years later, Del Toro told ‘The Playlist’ that he was going to make the rounds of the studios yet again, since he still had his “great ally” Cruise willing, ready, and able to star. But after the filmmaker’s ‘Pacific Rim’ failed to live up to expectations, even Cruise couldn’t help Del Toro find a studio willing to invest that much in a grim picture that might have to earn a half-billion to show a profit. At the most recent Comic-Con, Del Toro had one key word for the thwarted project: “heartbreak.”

But at least he put his elaborate sketchbooks for the movie online, in case you want to dream of what might have been. We’re hopeful that this will get picked up again.

The dystopian story became an animated manga classic in 1988, but efforts to make a live-action version stalled after Warner Bros. picked up the rights in 2002, despite the interest of Leonardo DiCaprio as an executive producer. After Albert Hughes dropped out as director, Jaume Collet-Serra, who just had a hit with Non-Stop, declared himself attached last year. Garrett Hedlund was talked up as the lead. But actor Toby Kebbell, who was reportedly being considered for another role, drew some negative attention to the project when he criticized the screenplay for being merely a remake of the anime instead of a true adaptation of the original comics.

The film shut down production four times by 2012 and according to the director, there is currently no progress on the film. 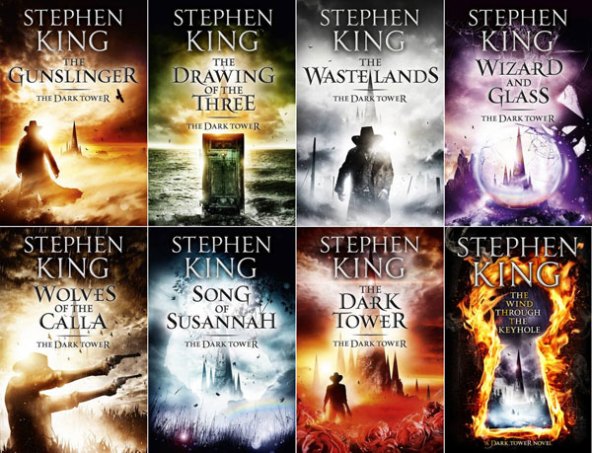 The Dark Tower series is Stephen King’s series of western fantasy books.  They have intrigued filmmakers since the first installment appeared in 1982. But would the sprawling saga be a feature film? A film series? A TV series, mini- or otherwise? J.J. Abrams was reported to direct in early 2007. “I’m terrified of screwing it up,” writer Damon Lindelof admitted to USA Today after he and Abrams left the project. “I’d do anything to see those movies written by someone else. My guess is they will get made because they’re so incredible. But not by me.”

By 2010, Ron Howard was on board, envisioning a big-screen trilogy with a tie-in TV series, saying, “We’re moving quickly now.” But in mid-2011, King confirmed to EW.com that the studio had killed the unwieldy project: “I’m sorry Universal passed, but not really surprised. … I bear them no ill will, and trust Ron Howard to get Roland and his friends before the camera somewhere else.”

In January, Breaking Bad star Aaron Paul confirmed that he’d just had a meeting with the director about playing Eddie Dean. But there’s still no sign of a green light high atop that dark tower. Then director Nikolaj Arcel gave us the good news that the movie(s) are  indeed happening! They sat down with Entertainment Weekly and discussed the project at length. You don’t do that if the film is still a pipe dream.

Since then Stephen King has confirmed McConaughey and Elba’s casting on Twitter, as you can see below.

It’s official: The man in black fled across the desert and the gunslinger followed. #DarkTowerMovie @McConaughey @IdrisElba

February 17, 2017 seems to be the release date. The change in release date for The Dark Tower only pushes it back by a month after previously being slated for a January 2017 release.

Hellboy was a superhero film directed by Guillermo del Toro and starred Ron Pearlman, which was released in 2004. It’s based on the comic book of the same name. The plot followed Hellboy, a demonic beast, who secretly protects the world. The film did very well at the box office and was well received by critics. A sequel, Hellboy 2: The Golden Army, was released a few years later. Although one might assume that Hellboy would enjoy it in hell, developmental hell seems much more horrifying. Hellboy 3 has been in developmental hell for years. Del Toro has discussed the possibility of doing a third film and would like to bring the series to an end. However, the studios do not want to take the risk on a third film. According to del Toro, the first two films made a lot on DVD sales and without that guarantee, the studios don’t want to get involved. Ron Perlman has recently been pushing for Hellboy 3, and he has been rallying up the support of fans. His push to get this movie made is paying off. The actor posted the following on his Instagram page.

As for what’s in store for this third chapter of the story, del Toro previously said:

“The idea for it was to have Hellboy finally come to terms with the fact that his destiny, his inevitable destiny, is to become the beast of the Apocalypse, and having him and Liz face the sort of, that part of his nature, and he has to do it, in order to be able to ironically vanquish the foe that he has to face in the 3rd film. He has to become the best of the Apocalypse to be able to defend humanity, but at the same time he becomes a much darker being.” 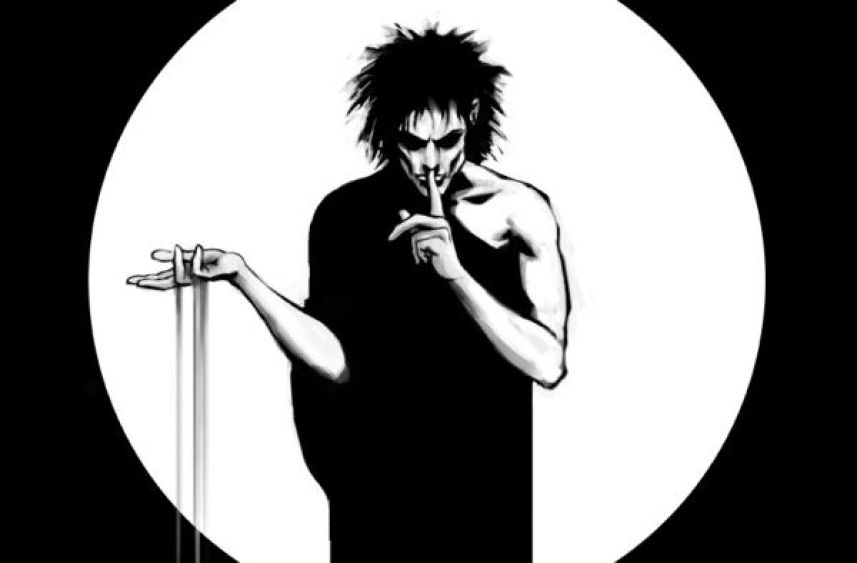 The Sandman is a comic book series and is considered one of the greatest graphic novels of all time. It’s written by Neil Gaiman and is a part of DC Comics. It follows the story of Dream, or Morpheus, who is Lord of the Dreams. The graphic novel is critically acclaimed and highly successful. During the 90s, rumors circulated that Warner Bros was planning a live action Sandman film. Roger Avary was intended to direct but left the project over creative differences with producers. Several scripts were written with one being torn apart by fans online. Neil Gaiman noted that every script he was sent by Warner’s was worse than the last.

The film remained in developmental hell. Neil Gaiman said at the 2007 San Diego Comic-Con that he’d “rather see no Sandman movie made than a bad one”. In 2013, it was announced that David S. Goyer and Joseph Gordon-Levitt would be producing a Sandman film. It’s currently in the script writing stage. So it’s not completely out of developmental hell yet. 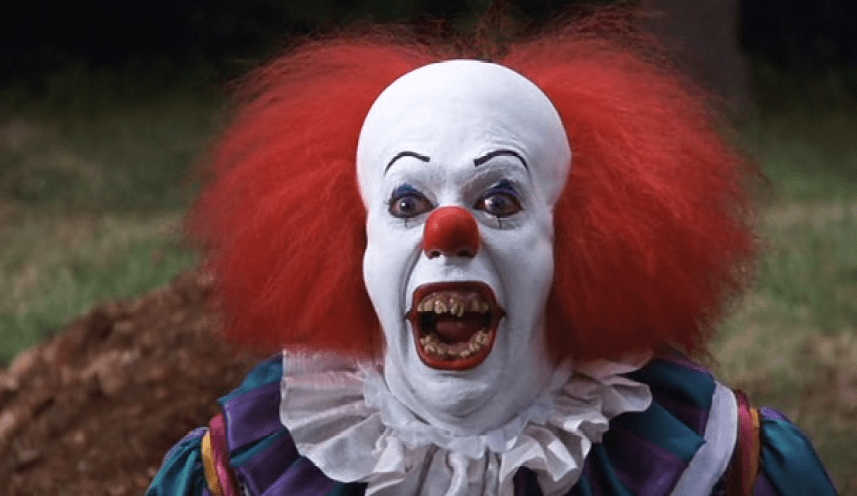 The plan is to make two films of Stephen King’s enormous book, It. Will Poulter had been cast in the pivotal role of Pennywise (Tim Curry still terrifies us, mind), and Cary Fukanuga had been developing the project to direct for many years.

Yet as production approached, in came “creative differences”, our old chum. Fukanuga has since left the film, and in his place is Mama director Andy Muschietti, who at one stage was set to direct the remake of The Mummy. It is now pressing ahead again.

According to Collider, we know who is playing Pennywise, the demented clown at the center of the film. Will Poulter, the son from We’re The Millers, is in talks to play the wisecracking villian, and we can see why. (I mean, just look at the arch in those eyebrows. Menacing.)

Brazilian Job – The Italian Job was released in 2003 and directed by F. Gary Gray. It revolved around a group of thieves committing a heist and double cross a former associate. The film starred Mark Walberg, Charlize Theron, Jason Statham, Mos Def, Seth Green and Edward Norton. The film very did well at the box office and received mostly positive reviews from critics. A sequel, The Brazilian Job, has been rotting away in developmental hell since the summer of 2004. It was intended for a 2005 release date but no script was finished. It was pushed back to 2006 and then to 2007. The studio no longer seems interested in making a sequel. At this point in time, the sequel is deep in developmental hell.

Did we miss any? Let us know in the comments below…